Sex is Hard – Unless You Have Discovered Your Boundaries / TEXT

Why does sexuality in participatory performance make us cringe? Two Finnish artists have their say about it in Louna-Tuuli Luukka’s interview.

I have very little experience in participatory performances or workshops that deal with sexuality in ways beyond representation. I consider myself a person with a strong sexual desire and I am interested in it as a subject matter. There have been times in my life when thinking about sex has occupied my mind a bit more than what I consider reasonable. But still there exists a gap between my own interest in sex and relating to it as a spectator or participant in a performance. As an audience member, as a friend and a maker of live art, I’m inclined to go to performances based on dramaturgical forms that do not rely on the good ol’ stage/auditorium division. But somehow I have missed the chances to take part in sexual interaction in performance art. I have been curious, but apparently not enough.

I have noticed that when artists and audience members with first-hand experience discuss sexually oriented participatory performance, the reactions might be somewhat defensive. There seems to be a sense of difficulty that manifests itself in joking or negativity. I wanted to discuss the reasons for this with two artists with knowledge on dramaturgy and live art, hoping they could help me to put my finger on it. Whether this will lead me to put my finger on ”it” in an art context later in my life, that I do not know yet. 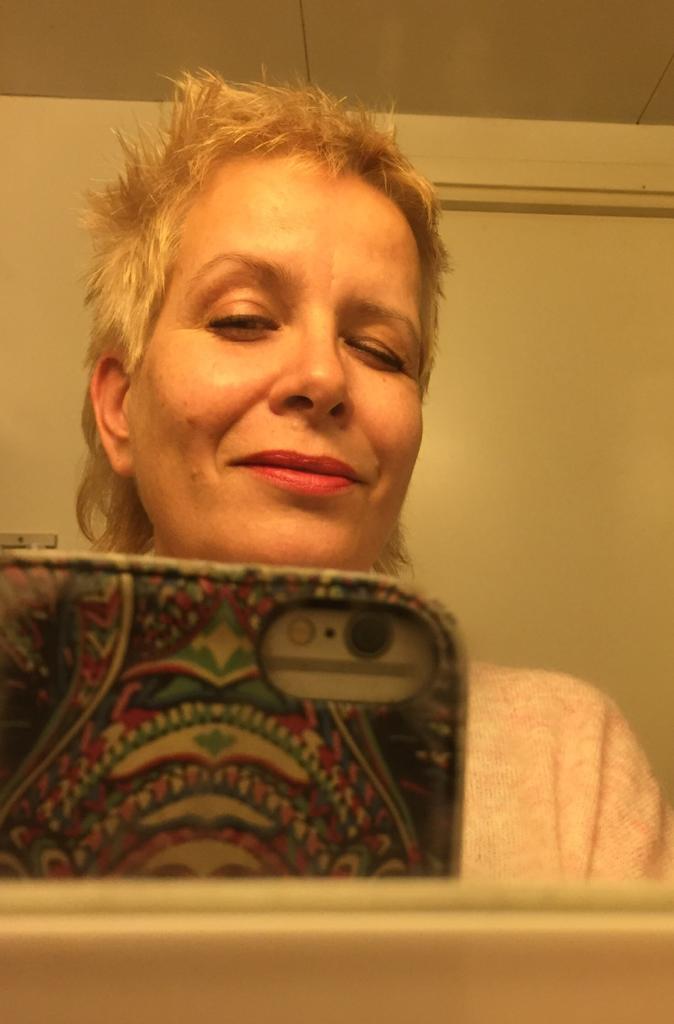 ”A bad performance is always annoying. What makes it so bad that it causes resistance? Always when you are dealing with performances that engage people, I think one of the most important things is consent. And then there’s the question of how one touches the spectators, the participants in performances involving physical contact. How are they involved in the action? And what’s the aim of physical contact? And is it articulated well enough for the participants to understand what they are agreeing upon? This comes back to the skills of the performer as well, like in any kind of performance. It’s not that different. If something about the consent is left unclear, it causes objection.”

”I guess the second point is it that such a performance invades intimacy. I wonder how much such a performance has to do with sex work. It can be sex work, of course, I’m not saying that it couldn’t. But I guess that could be a question that people struggle with when they consider buying a ticket. Probably a great deal of people consider sexuality their private zone. They are not ready to share it with just anyone and probably that’s the deal breaker for many. And that it can be scary, if you don’t know what will happen. Maybe these performances challenge the idea of what is private and what is shared, or broadens our perceptions. To someone who feels shy about going to a sex club, a participatory performance that deals with the issue could give an opportunity to experiment, or encourage him or her or them.”

”When thinking about how arousing a performance can be, I guess it depends on how voyeuristic or exhibitionistic a person is. I am quite a private person, that’s why I don’t go to sex clubs. I’m not denying anybody’s right to go there, it’s not a moralistic choice. It’s just that it doesn’t interest me as much as a connection with someone in private. But when you go to a performance, the performer can be whoever, and it may just happen that there won’t be any connection between us.”

”In 2006, I went to see Secret Service by Felix Ruckert in the Kiasma Theatre in the Museum of Contemporary Art. We took our shoes and jewellery off and wore blindfolds. Dancers moved and manipulated our bodies. It was very erotic, they came very close, they, for example, lay on top of our bodies on the floor. They were really sweaty and whispered in our ears. The dancers were very skilled, they practically threw us in the air. When taking part in a performance like this I have a tendency to surrender. The anonymity probably helped too. You didn’t see the other audience members and they didn’t see you. The performers felt trustworthy. It always comes back to that.”

”Some years ago I felt irritated by some of the sexual performances. I didn’t really figure out why I got so worked up about them. I suspected the motives of the performers and their motives, like are they some kind of pervs? Not like there would be anything wrong with that, but I felt suspicious. Do they just want to get handsy with strangers, what are they aiming at? I understand all sorts of perversions, but I was missing an explanation why it was art. I’m not sure if I still get the explanation, but it just doesn’t bother me anymore.”

”That was also the time when I felt sexually wounded. I don’t mean rape or anything like that, but I had been suppressed badly. I had many, many bad relationships with men and then I ended up as a single mother with two kids. Lovely children, but rough times. It strikes your sexuality and hurts. This was also the reason why I felt reserved about sexually oriented performances, I was sexually locked. Unlike now. One’s sexuality can surely change!” 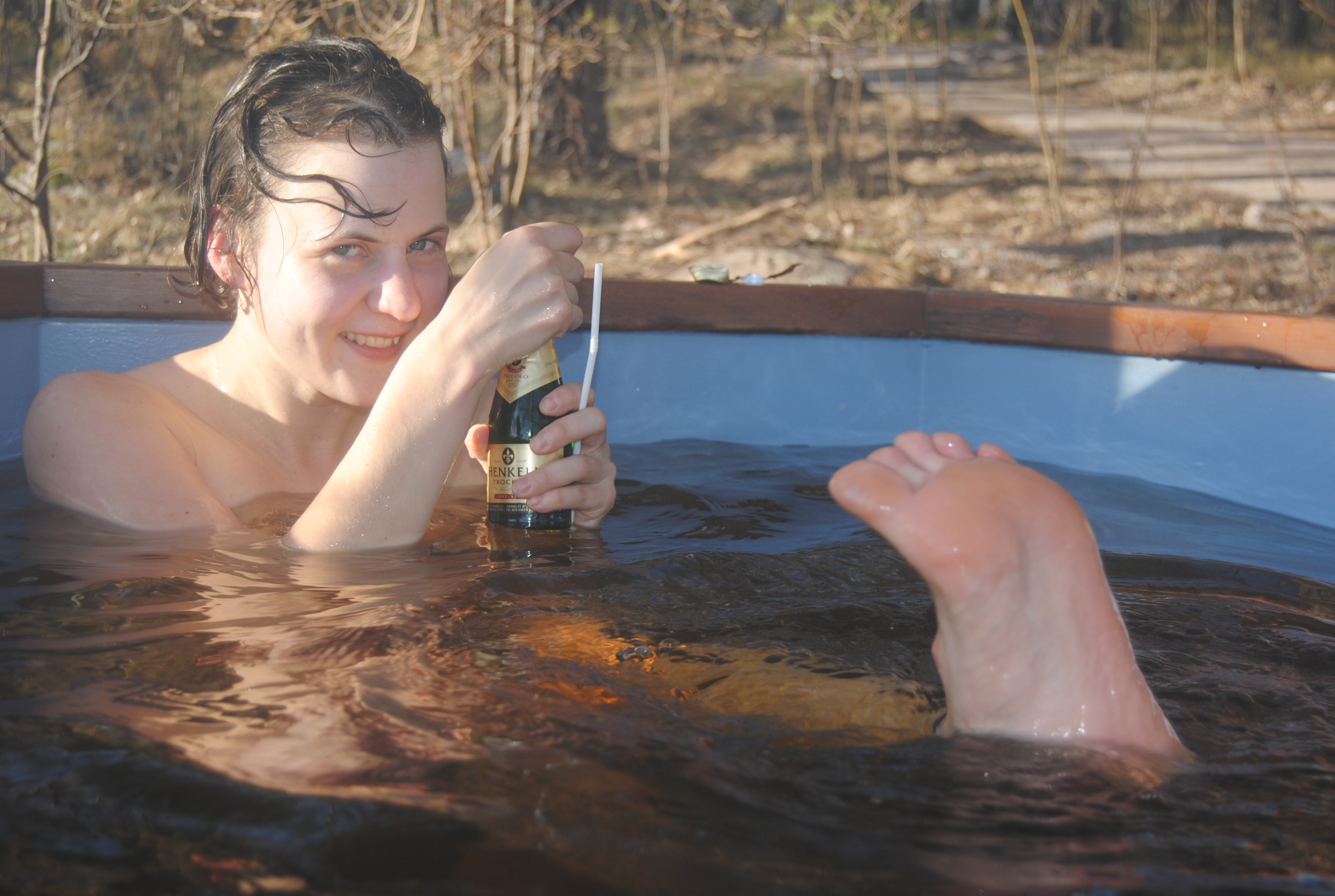 ”I participated in a sex-positive workshop at the Wonderlust Festival, but I’m not sure if it was framed in the context of art. When you buy a ticket and commit yourself to a thing like that, especially if you don’t have experience of the kinky scene, and you haven’t tested your boundaries in such action before, and you go to a workshop like that where there’s seems to be an unsaid wish in the air that you should test your boundaries and it’s worth trying to leave your comfort zone, it can lead you to do things you don’t really want. It happened to me there. Already then I thought it might be linked with my background in acting, that my training made it a bodily imperative for me to follow the given instructions, even the unsaid ones. I guess this has also something to do with patriarchy, that your own boundaries are unclear and saying no can be difficult. And the background as an actor doesn’t really help. I have also learned from my earlier experiences that if you choose to go to a workshop that touches something so very private, you need to feel well. It’s no use participating if you’re tired. You should be feeling comfortable. But the space where you practice these things should be really really safe and I haven’t found a place like that yet.”

”Perhaps some tuning in would have helped. There were plenty of us in the workshop, so it would’ve been impossible for the workshop leader to meet us all personally. But some attuning and being articulate about everything would have helped me. Or if the possibility to say no whenever you feel like it would have been repeated in a supportive manner.”

”We are not so used to leaving a performance even when it gets unpleasant, at least in Finland. Provocation and commitment are affiliated with art. Besides, it’s not typical to describe beforehand what exactly happens in the performance. It’s one of the great resources of art and performance that a certain level of surprise and mystery is maintained.”

”We also have small circles in Finland. In the Wonderlust workshop, I ran into someone I know from my childhood. And the fact that there are colleagues present adds pressure in terms of commitment and need for withdrawal. I suppose I would feel more comfortable participating such a workshop abroad. It does make a difference, if there are people you know or not.”

”Maybe I feel a bit like a granny, too. One can’t generalise, but I feel that the sex-positivity is a bit unfamiliar to my generation. I’ve grown into a culture where you can talk about sex in a cheeky manner, in a badass way, but when I’ve gotten to know the people born in the 90s, I’ve noticed they have a different relationship with the matter.”

”Sometimes I feel like there’s a lot of ‘I should’ in sex and when talking about it. I wonder if it has something to do with my interpretation of feminist womanhood that somehow I don’t fulfil myself completely, if I don’t express my sexuality in every possible way. Or maybe it’s about this capitalistic way of living that you need to experience all kinds of things.”

”But many performances, or performers, that have been important to me, have addressed sexuality in interesting ways. But it’s not like if I hear of a fierce sexual performance, I feel the need to go there right away. I’m not into sexually oriented one-on-one performances, for example. But I’m interested in ecosexuality.”